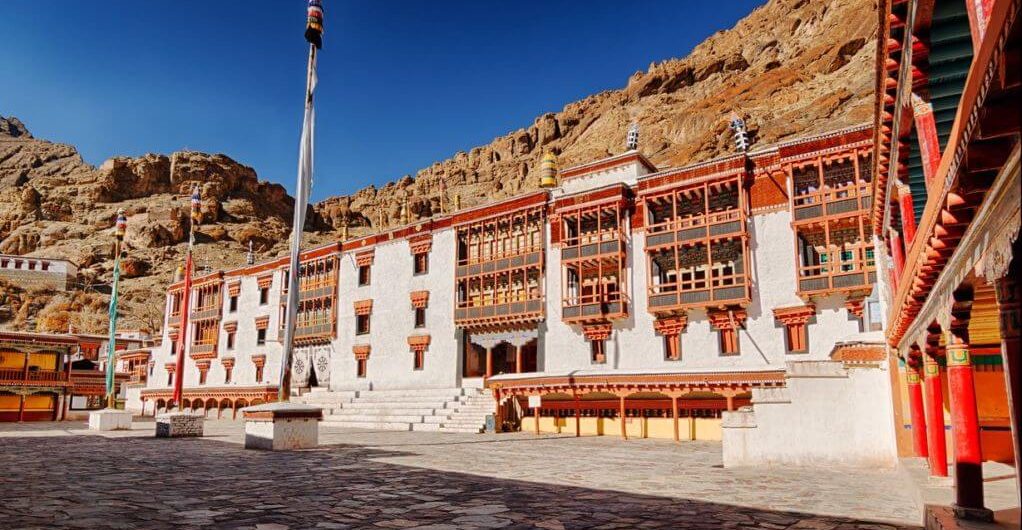 Hemis monastery (gompa) is a Buddhist monastery of Drukpa lineage of Buddhism and is located in Hemis village of Ladakh, about 45 km from Leh. The monastery was built before 11th century but it was re-established in 1672 by the king of Ladakh Sengge Namgyal.

An annual Hemis Festival, in honour of Padmasambhava, is observed here in the month of June. Naropa, pupil of yogi Tilopa and teacher of translator Marpa is connected with this monastery. A translation was made by A Grunwedel of Naropa’s biography which was found in Hemis monastery.

According to a legend, and Russian journalist Nicolas Notovitch (1894), the Jesus had travelled to the Hemis monastery during his Lost Years.

Large numbers of tourists visit Hemis every year. The Hemis Festival is dedicated to Lord Padmasambhava venerated as the dance performance at Hemis Monastery representing the reincarnation of Buddha. He is believed to have been born on the 10th day of the fifth month of the Monkey year as predicted by the Buddha Shakyamuni.

It is also believed that his life mission was, and remains, to improve the spiritual condition of all living beings. And so on this day, which comes once in a cycle of 12 years, Hemis observes a major extravaganza in his memory. Hemis monastery has a large library that houses ancient religious texts, few of them in unknown languages.

Some evidence suggests that the monastery existed even before 11 th century. Naropa is considered the founding father of the Kagyu-lineage of the Himalayan esoteric Buddhism. Hence Hemis is the main seat of the Kagyu lineage of Buddhism.

Be it Indian or Foreigner tourists, all throng the Hemis Monastery during their Ladakh visit. Some plans their dedicated visit to Hemis gompa along with Thiksey monastery, but most of the tourists visit Hemis and Thiksey while going or returning from Pangong Lake. The Thiksey monastery is located on the Leh-Pangong (Leh-Manali) highway but you need to take a small dedicated road from the midway.